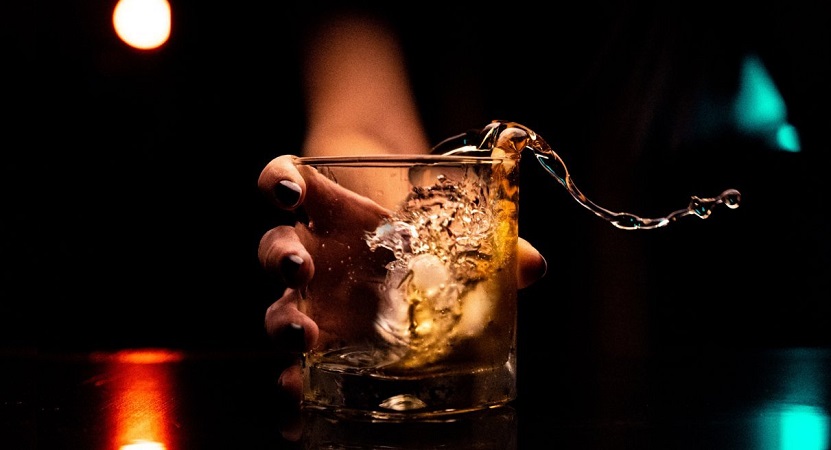 It probably came as no surprise to learn that alcohol isn’t necessarily the best addition to any self-care routine. Put that ‘cheers’ on hold — the lasting effects that this toxin can have on the skin is a little alarming, and we feel called to share what we know about the effects of alcohol on skin with whoever will listen.

In this article we discuss the following:

What Effects does Alcohol Have on the Body?

Considering there is a long list of things one would do while under the influence, that one would never in a million years do when not — it’s safe to say that alcohol has a profound, and often scary, effect on the human body.

Alcohol is classed as a metabolic toxin. When consumed, it triggers a diuretic response in the body, prompting us to pass more urine quickly, in an effort to rid the system of the intruding toxin as quickly as possible.

Aside from interfering with the brain’s communication pathways, alcohol can break down brain tissue which in turn can affect moods and behavior long term. Alcohol is also no friend to the heart either. High blood pressure, arrhythmias and strokes are all linked to excessive alcohol consumption.

One of the more notable long term effects of alcohol on the body would be the lasting damage it can do to organs like the liver and pancreas. These organs are responsible for the filtration of this substance, and thus spend a lot of time in close contact with it when consumed. The acidity and general toxicity of alcoholic substances will eventually become too much for these very delicate masses of matter to handle.

Effects of Alcohol on Skin and Aging

The most significant effects of alcohol on appearance would be what it does to the skin in terms of quality and aging. We spoke with Amy Lippert, functional nutritionist and founder of the website Almond Milk and Cookies, who explained exactly how this metabolic toxin that acts like a diuretic in the body when consumed, causing water loss through the excess excretion of urine.

“Each serving of alcohol (1 shot, 5 ounces of wine, 12 ounce beer) increases urine production by over double, which is excreted along with essential electrolytes. This excess fluid and electrolyte loss leads to dehydration of skin cells where the cells shrivel leading to a dull appearance and an increase in wrinkles, sagging skin, dryness and potential injury or illness increasing the risk of infection,” says Amy.

So whenever you hear people talking about wines effects on skin aging, or even beer effects on skin, your ears should prick up! This is probably not something someone who is serious about skin care should be dabbling in — especially if premature aging is of concern.

Effects of Alcohol on Women’s Bodies

When compared to men, it’s true that women suffer more adverse effects from consuming alcohol, and effects of alcohol on face are included. Alcohol favors no one, but statistics do show that women who drink seem to have an increased risk for heart damage, which sets in at lower levels of consumption and over fewer years than it would typically take a man to endure the same fate.

More than this, alcohol is a carcinogen that has been linked to numerous cancers, but one of the biggest risks it poses is to that of the breast tissue. According to the WHO, in 2020 more than 2 million new cases of breast cancer were reported, and of these about 100,000 could be attributed to excessive alcohol consumption.

Further studies surrounding this phenomenon are underway, and it remains to be seen just how fatal this toxin could be to people with compromised immune systems or susceptibility to cancerous cells in the body.

Fertility also comes up as a discussion point when women and alcohol are explored. Various studies are looking to prove that women who consume alcohol on a regular basis are more likely to suffer irregular periods and ovulation, which would make it difficult to conceive when the decision to do so comes.

Perhaps you were told that one of the side effects of vodka on skin is a darkening sensation. Alcohol can affect the tone of the skin, but this only really occurs when the liver has been significantly damaged due to excessive consumption. Conditions such as hepatitis or cirrhosis can lead to a yellowing of the skin; a condition known as jaundice, commonly occurring in newborn babies.

Jake also makes reference to another coloring effect that alcohol can induce, but instead of darkening, it causes the skin to flush. “I believe that when a certain enzyme involved in breaking down the harmful components of alcohol does not function effectively, the skin may flush more profoundly as a result of the toxins remaining in skin cells. This specific enzyme disorder is inherited and is significantly more prevalent among people of Asian heritage,” says Jake.

Can You Reverse the Aging Effects of Alcohol

The effects of long term alcohol abuse on the skin may be difficult, and sometimes impossible to reverse. But there’s no harm in trying, and there is always benefit in trying, too!

A person who opts to stop drinking altogether has a good chance of reversing some of the existing skin damage to a certain extent. The exact extent remains unique to the individual in question, as everybody has different recovery speeds, cellular turnover rates and genetic factors that contribute to both.

That said, depending on the severity of the alcohol abuse that occurred, as well as the genetic factors associated with the person, there are indeed cases where stopping the consumption won’t necessarily lead to any reverse aging effects, or even skin improvement.

How Long does it Take to Reverse the Effects of Alcohol

According to skincare experts, a person is most likely to see a change or reversal in alcohol’s effects on the skin within the first year of abstaining from the substance. It seems this has something to do with the natural human’s ability to adapt, survive and eventually thrive under newfound dietary components.

More than this, since alcohol is such a potent toxin and acidic compound, it is very quickly absorbed and excreted from the body. While the damage to tissue and cells may linger, the substance itself is entirely ridden from the body in under a day, which means any moment you’re not consuming is a moment in which the body is regenerating.

Cellular regeneration is a natural bodily function that occurs at pretty much all times so long as we are not consuming detrimental substances that block this ability. When we’re drinking, cellular regeneration gets put on hold so that the body can dedicate more energy to getting rid of the intruding toxin, because it thinks it’s doing you a favor/saving your life (which it is!). The same hold occurs when we take drugs, digest too much sugar, consume caffeine, smoke or inhale toxic fumes (even unintentionally).

The effect of alcohol on collagen is also important to consider when pondering the reversal windows for skin improvement. Dana Leigh Lyons is a sober coach and a doctor of Chinese medicines. According to her, “alcohol has a negative impact on collagen production, which in turn affects elasticity, brightness, firmness, and tone. This contributes to accelerated

aging in the form of wrinkles and lines. It also prevents skin from recovering as well from sun exposure and other stressors such as travel and stress.”

This delay in recovery is exactly what will determine how quickly, or how slowly, your body is able to reverse the effects that this substance has had on your skin’s condition.

Skin Before and After Quitting Alcohol

One of the best forms of visual proof one can get is to look at before and after alcohol effects on skin photos. People who are serious about the skin tend to document everything with photographic proof as is, but typically when people have been consuming alcohol in excess, and need to stop, the last thing they want to do is photograph themselves before and after.

The good news is that because the healing and reversal is such a natural occurrence — one doesn’t really need to take specific photos at specific times as evidence. Any photographs you are involved in after the day you quit alcohol, will soon be easily comparable to all photographs that exist of you pre-quit.

What we mean by this is that just going about your everyday life, taking your usual amount of selfies, or being photographed with friends, will soon form a comprehensive before and after album of evidence by which you can observe your skin’s transformation. It’s one of the most unintentional documentation processes around, because of how inevitable the improvements are going to be.

To conclude, we’d like to share a few words from Serene Gato, contributing writer at Addiction Treatment Magazine. She says that while alcohol is bad, it’s not as bad as the sun, but it’s also definitely not good for your skin!

“The effects of alcohol on a person’s skin are nothing compared to the impacts of other factors like smoking or excessive sun exposure. However, alcoholics are often chronically dehydrated. It is obvious that when someone with a serious alcohol addiction stops drinking for 6 months or a year, they start to look way healthier. Why do they look healthier? Well, people in recovery tend to improve their hygiene, diet, sleep, and water intake. These are all factors that impact our skin’s appearance,” says Serene.

Since, as humans, we tend to associate good skin with great health, it seems worthwhile to start looking into the presence of alcohol in your own life, and possibly explore areas where you could cut down or eliminate your consumption. Your skin and body will thank you, forever!

Did You Enjoy This Article?

If you enjoyed this article, you might also like our articles discussing skincare such as 19 Best Vitamins and Supplements for Skin, Houttuynia Cordata (Heartleaf) and Skincare and Essential Oils for Skin.

Created by three friends, Clean Beauty Gals are a collective of women passionate about clean beauty. We created this website to help you demystify the confusing clean beauty space and detoxify your routine one product at a time.